Tap into Your Own SUPER POWER with Alpha Brain!

HomeTap into Your Own SUPER POWER with Alpha Brain! 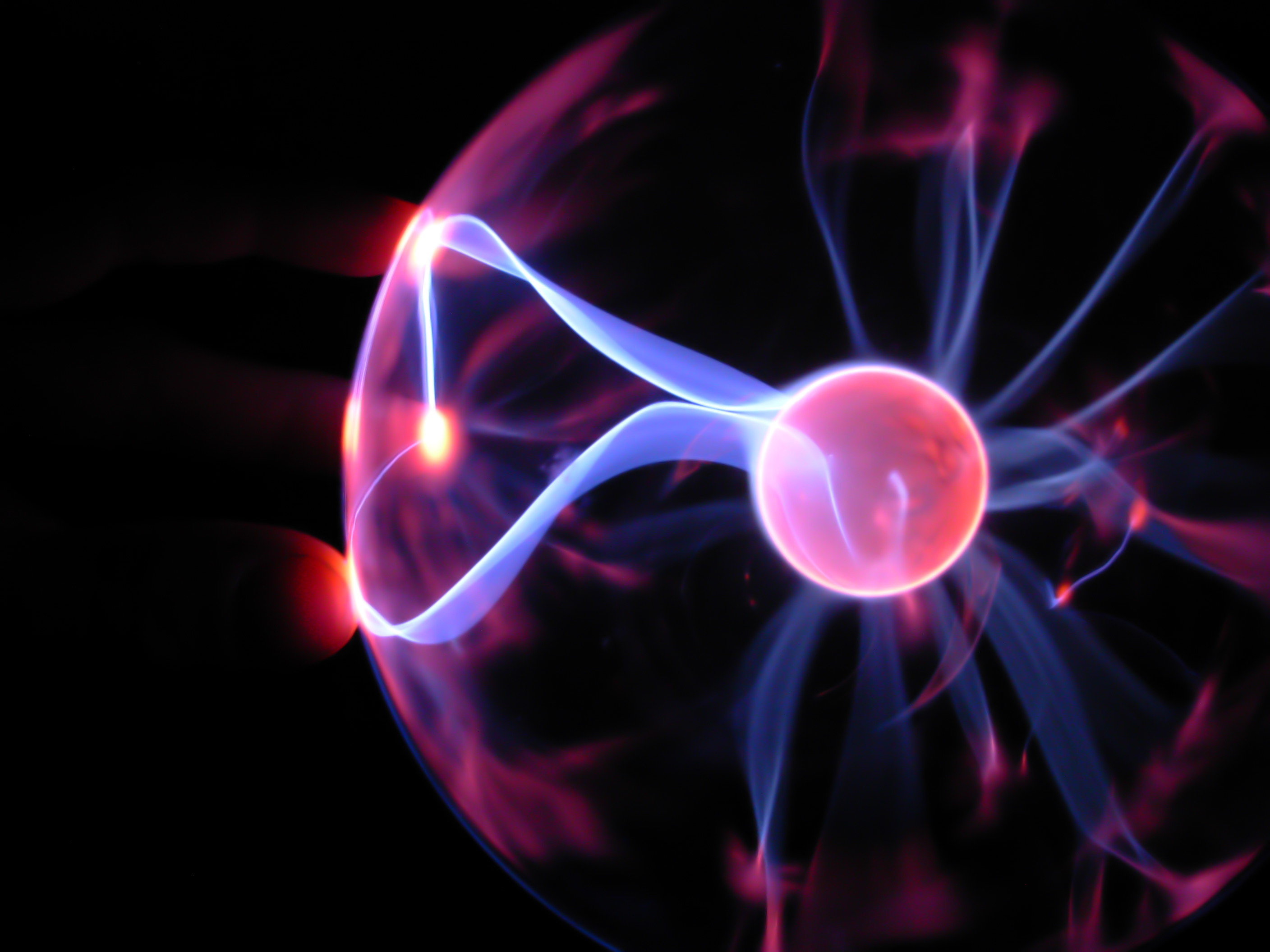 Neuroscientists recently made a correlation between an increase of alpha brain waves—either through electrical stimulation or mindfulness and meditation—and the ability to reduce depressive symptoms and increase creative thinking.

Our various states of consciousness are directly connected to the ever-changing electrical, chemical, and architectural environment of the brain. Daily habits of behavior and thought processes have the ability to alter the architecture of brain structure and connectivity, as well as, the neurochemical and electrical neural oscillations of your mind.

Researchers are learning more and more about how neuroplasticity and neurogenesis (growth of new neurons) can alter the architectural connectivity between brain regions and increase brain volume, which directly impacts cognitive function.

We are also exploring how the “neurochemicals of happiness”—such as endorphins, endocannabinoids, dopamine, serotonin and oxytocin—can make us feel good when we do things like exercise and spend time with loved ones by changing the chemical environment of the brain.

When we focus on the electrical environment of the brain and recent discoveries on how brain waves fine-tune our consciousness based on new findings that stimulating alpha waves can boost creativity and reduce depression. It’s like tapping into a SUPER POWER to make your life more Creative, Productive, Aware, and Fulfilled.

What Are Brain Waves?

Let’s start here… Your brain consists of billions of neurons in different regions that use electricity as a way to communicate with one another. When your synapses are firing in synchrony, they create unified combinations of millions of neurons marching in lockstep as a harmonized “neural network” that is linked to a specific state of consciousness, your thoughts, and your mood.

The combination of synchronized electrical activity in the brain is called a “brain wave” because of its cyclic and “wave-like” in nature. Brain waves can be detected using medical equipment, such as electroencephalogram (EEG), which measures the oscillation of electricity levels in different areas on the scalp.

In 1924, a German physiologist and psychiatrist named Hans Berger recorded the first human EEG. Berger also invented the electroencephalogram and gave the device its name. This invention has been described as, “one of the most surprising, remarkable, and momentous developments in the history of clinical neurology.”

At the root of all our thoughts, emotions and behaviors is the communication between neurons. Brain waves are produced by synchronized electrical pulses from masses of neurons communicating with each other.

Brain waves are divided into five different bandwidths that are believed to create a spectrum of human consciousness. Our brain waves change throughout the day and are part of a feedback loop that is influenced by what we’re doing, thinking, and feeling emotionally at any given time—or while we sleep.

Delta waves (.5 to 3 Hz) are the slowest brain waves and occur primarily during our deepest state of dreamless sleep. Theta waves (3 to 8 Hz) occur during sleep but have also been observed in the deepest states of Zen meditation.

Alpha waves (8 to 12 Hz) are present when your brain is in an idling default-state typically created when you’re daydreaming or consciously practicing mindfulness or meditation. Alpha waves can also be created by doing aerobic exercise.

Beta waves (12-30 Hz) typically dominate our normal waking states of consciousness and occur when attention is directed towards cognitive and other tasks. Beta is a ‘fast’ wave activity that is present when we are alert, attentive, focused, and engaged in problem solving or decision making. Depression and anxiety have also been linked to beta waves because they can lead to “rut-like” thinking patterns.

Gamma waves (25 to 100 Hz) typically hover around 40 Hz and are the fastest of the brain wave bandwidths. Gamma waves relate to simultaneous processing of information from different brain areas and have been associated with higher states of conscious perception.

Alpha waves took center stage in the early 1960s and 1970s with the creation of biofeedback, which is a technique used to consciously alter brain waves using direct feedback provided by an EEG type of device. Biofeedback is a type of neuro-feedback typically used to teach practitioners how to create alpha brain waves.

When alpha oscillations are prominent, your sensory inputs tend to be minimized and your mind is generally clear of unwanted thoughts. When your brain shifts gears to focus on a specific thought—in either a positive or negative way—alpha oscillations tend to disappear and higher frequency oscillations begin running the show.

Alpha wave biofeedback has been shown to be a useful tool for treating anxiety and depression. Because alpha waves are linked with relaxed mental states, an increase in alpha wave activity is the goal of most biofeedback training. EEG can be used to provide moment-to-moment feedback when alpha waves increase or decrease.

Mindfulness training and meditation tend to produce noticeably more alpha waves without the use of technological machinery. Neuroscientists at Brown University are doing research on how the brain achieves “optimal inattention” by changing the synchronization of brain waves between different brain regions.

Their February 2015 study, “Attention Drives Synchronization of Alpha and Beta Rhythms between Right Inferior Frontal and Primary Sensory Neocortex,” was published in the Journal of Neuroscience.

The Brown researchers hope that teaching people how-to harness the “power to ignore” by creating an alpha brain state through mindfulness will enable anyone who suffers from chronic pain to reduce perceptions of pain and for people who have depression or anxiety to minimize their symptoms.

A new study by the University of North Carolina (UNC) School of Medicine recently identified the first evidence that a low dose of electric current of 10-hertz can enhance the alpha brain wave activity and boosts creativity by 7.4% in healthy adults.

The April 2015 study, “Functional Role of Frontal Alpha Oscillations in Creativity,” was published in the journal Cortex. In a press release, Flavio Frohlich, PhD, assistant professor of psychiatry, cell biology and physiology, biomedical engineering, and neurology at UNC said, this study is a proof-of-concept. We’ve provided the first evidence that specifically enhancing alpha oscillations is a causal trigger of a specific and complex behavior—in this case, creativity.

But our goal is to use this approach to help people with neurological and psychiatric illnesses. For instance, there is strong evidence that people with depression have impaired alpha oscillations. If we could enhance these brain activity patterns, then we could potentially help many people.

“The fact that we’ve managed to enhance creativity in a frequency-specific way—in a carefully-done double-blinded placebo-controlled study—doesn’t mean that we can definitely treat people with depression,” Frohlich cautioned. “But if people with depression are stuck in a thought pattern and fail to appropriately engage with reality, then we think it’s possible that enhancing alpha oscillations could be a meaningful, noninvasive, and inexpensive treatment paradigm for them—similar to how it enhanced creativity in healthy participants.”

In a breakthrough discovery, neuroscientists led by Harvard Medical School (HMS) researchers at the VA Boston Healthcare System have identified a specific class of neurons—basal forebrain GABA parvalbumin neurons, or “PV neurons”—which trigger the creation of various brain waves that are linked to various states of consciousness.

In a press release, co-senior author Robert W. McCarley, HMS professor of psychiatry and head of the Department of Psychiatry at Boston VA Medical Center said,

“This is a move toward a unified theory of consciousness control. We’ve known that the basal forebrain is important in turning consciousness on and off in sleep and wake, but now we’ve found that these specific cells also play a key role in triggering the synchronized rhythms that characterize conscious thought, perception and problem solving.”

McCarley added that understanding the mechanism the brain uses to sync up for coherent, conscious thought may suggest potential therapies for disorders like schizophrenia, where the brain fails to form these characteristic waves.

“Our brains need a coherence of firing to organize perception and analysis of data from the world around us,” McCarley said. Adding, “What we found is that the PV neurons in the basal forebrain fine tune cognition by putting into motion the oscillations required for higher thinking.”

Using a technique called optogenetics, where cells are genetically altered with photosensitive switches, the researchers were able to turn the PV neurons on and off using laser light. When the PV neurons were switched on, the cortex of the animals showed more of the gamma activity typical of conscious states.

McCarley found that when the PV cells fire, they inhibit the PV receptor neurons in the cortex, which switches them all off at the same time. A beat later, the neurons in the cortex switch back on, firing all at once. When this process is repeated again and again, it creates a synchronized, pulsing rhythm, with all of the neurons firing in coordination like an orchestra playing the same note or the rhythmic pounding of drums in unison.

Conclusion: Fine-Tuning Brain Waves Through Mindfulness and Meditation Offers Broad Treatment Options  – Flavio Frohlich said that he realizes some people might want to capitalize on his finding by trying to use artificial electrical stimulation to boost creativity in their everyday lives. However, he cautions against doing this saying, “We don’t know if there are long-term safety concerns. We did a well-controlled, one-time study and found an acute effect. Also, I have strong ethical concerns about cognitive enhancement for healthy adults, just as sports fans might have concerns about athletic enhancement through the use of performance-enhancing drugs.”

Frohlich is focused on treating people with depression and other mental conditions, such as schizophrenia for which cognitive deficits during everyday life is a major problem. He said, “There are people that are cognitively impaired and need help, and sometimes there are no medications that help or the drugs have serious side effects. Helping these populations of people is why we do this kind of research. “Based on a broad range of recent findings, it seems that meditation and mindfulness training may be a cost effective and drug-free way to stimulate creative thinking while minimizing depressive symptoms and other mental conditions.”

Stay tuned to more about the Super Power subject of Alpha Waves and Life Enhancement.