Clear Your Mind with Neuroscience

HomeClear Your Mind with Neuroscience 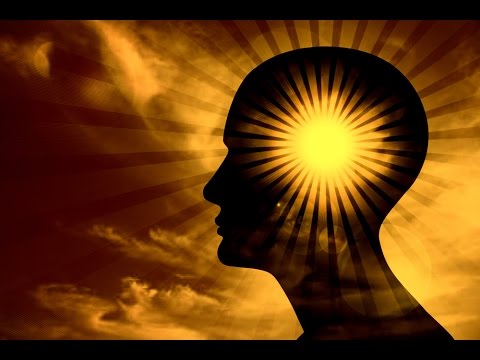 Neuroscientists have identified 5 Effective ways to deal with unwanted thoughts.

As a coach of ultra-endurance athletes, I’ve discovered that much of success requires more psychological finesse than it does aerobic endurance. Succeeding in sports is always going to rely on mastering your mindset and explanatory styles. As Yogi Berra said, “Baseball is 90% mental, the other half is physical.”

One of the most important skills I’ve learned as a Martial Artist and athlete myself is how to clear my mind of unwanted thoughts. When your feet are covered in blisters, the pavement is hot enough to fry an egg, and you still have 3 marathons to run—you learn quickly how to pull any tricks from your psychological toolbox that will help you reach the finish line.

When every alarm in your body and brain is sounding a red alert telling you to “Stop!” … How does someone push through and keep on going? When it comes to clearing your mind of unwanted thoughts, taking a multi-pronged approach that gives the situation what it needs has always worked for me in sports, and I think it will work for you, too, in sport and in life.

For this blog post, I’ve compiled a “top five” list of mental tricks that I learned from the top athletes I’ve coached to clear your mind of pain, negative thinking, anxiety, rumination, and self-sabotage. I’ve paired the lessons I learned through life experience with the latest neuroscientific empirical evidence. I also included some images that capture the essence of each point—a picture really is worth a thousand words.

5 Neuroscience Based Ways to Clear Your Mind

The American editor and publisher, Elbert Hubbard, once said, “Life without absorbing occupation is hell—joy consists in forgetting life.” Neuroscientists at Brown University recently confirmed that the key to “optimal inattention” lies in occupying your mind with something else through distraction.

The mind can only really think of one thing at a time. When you concentrate your attention on one thing, you inevitably engage the parallel act of purposefully ignoring other things.

The February 2015 study, “Attention Drives Synchronization of Alpha and Beta Rhythms between Right Inferior Frontal and Primary Sensory Neocortex,” was published in the Journal of Neuroscience.

The researchers at Brown were able to identify how the brain achieves “optimal inattention” by changing the synchronization of brainwaves between different brain regions. The researchers hope that by harnessing the “power to ignore” that people with chronic pain will have new cognitive tools for reducing their pain.

For this study, the participants were told that they would feel a brief tap on the left middle finger or the left big toe. In some cases, they were then told to report only stimuli felt on the foot and to disregard what they might feel on their hand. In other cases, they were told to attend to or report sensations only in the hand and to ignore those in the foot.

The researchers found significant patterns of synchrony between various regions which showed that the mind could direct attention to either the hand or the foot, but not both at the same time.

If you ever find yourself obsessing or ruminating about a thought, remember that distraction is a highly effective way to shift the synchronization of your brainwaves and gives you the “power to ignore” on demand.

The Brown University study co-senior author, Catherine Kerr, is an assistant professor of family medicine in the Alpert Medical School. Her team has found that people can learn how to manipulate their alpha rhythms in the somatosensory cortex as they switch their attentional focus though mindfulness training.

The results of their latest research expand our understanding of how mindfulness might possibly operate using the mechanism of redirecting attention via control of alpha rhythms in the brain, which can help people ignore depressive thoughts. In a press release Kerr said,

This is part of a really cool effort at Brown to see if you can take pretty high-level cognitive questions, find the relevant areas in the brain, and then figure out how to put that in a context with the underlying neurophysiology, at the level of computational models and animal models. We’re linking different ways of looking at the brain that don’t usually come into dialogue with one another.

In another recent study from Lund University in Sweden, researchers led by Jan Sundquist found that mindfulness treatment can be as effective as individual cognitive behavioral therapy (CBT) in patients with depression and anxiety.

If you’d like to read more about practicing mindfulness check out my Psychology Today blog post, Mindfulness: The Power of “Thinking About Your Thinking”.

In the 1800s, the philosopher Friedrich Nietzsche said, “The existence of forgetting has never been proved: we only know that some things do not come to our mind when we want them to.” Well, it turns out that modern brain imaging technology has allowed neuroscientists at the University of Cambridge to identify two opposite ways in which the brain forgets unwanted memories.

The 2012 study, “Opposing Mechanisms Support the Voluntary Forgetting of Unwanted Memories,” was published in the journal Neuron. The researchers’ findings help explain how individuals can cope with negative or traumatic experiences and could lead to the development of treatments to improve disorders of memory control.

In a press release, lead study author Roland Benoit, who is currently a postdoctoral fellow at Harvard University said, “This study is the first demonstration of two distinct mechanisms that cause such forgetting: one by shutting down the remembering system, and the other by facilitating the remembering system to occupy awareness with a substitute memory.”

During memory suppression, a brain structure called dorsolateral prefrontal cortex inhibited activity in the hippocampus, a region critical for recalling past events.

“A better understanding of these mechanisms and how they break down may ultimately help understanding disorders that are characterized by a deficient regulation of memories, such as post-traumatic stress disorder,” Benoit says. “Knowing that distinct processes contribute to forgetting may be helpful, because people may naturally be better at one approach or the other.” 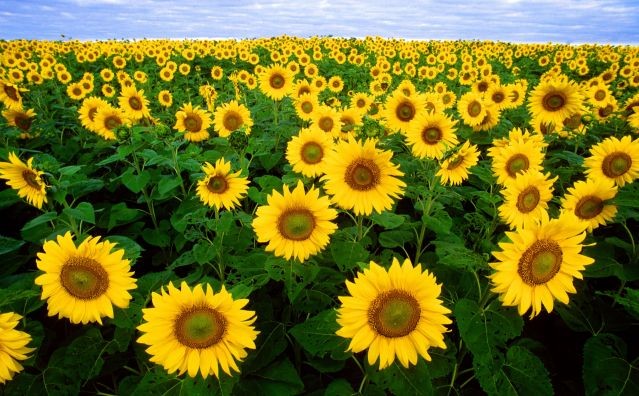 Although the strategies of using suppression and substitution were found to be equally effective at voluntarily forgetting unwanted memories, the researchers at Cambridge found that they activated very distinct neural circuits.

If suppression doesn’t work, you might want to put on your “rose-tinted glasses” and try substitution by using your imagination to pretend you’re in a different place or experiencing something else.

The researchers at Cambridge found that memory substitution was supported by caudal prefrontal cortex and midventrolateral prefrontal cortex. These are two regions typically involved in bringing specific memories into awareness in the presence of distracting memories.

The next time you need to clear your mind, remember that you can forget unwanted memories by either suppressing them or substituting them with more desirable memories, and that each of these tactics engages distinct neural pathways.

Rebecca Erwin Wells, M.D., and Fadel Zeidan, Ph.D. at Wake Forest Baptist Health are investigating the power of meditation as a therapy to reduce pain and everyday anxiety in healthy individuals with no previous meditation experience.

When Rebecca Erwin Wells was a varsity rower at the University of North Carolina, her coach had all the members of the team take a yoga and meditation class. The experience had a huge impact. In a press release Wells recalled the experience saying:

My teammates and I noticed that yoga and meditation improved our flexibility and focus, but also made us feel better, not just when we were rowing but in our everyday lives. I wondered if yoga and meditation really have scientific benefits, especially if they have specific effects on the brain, and if so, how that works.

“We’re coming to recognize that meditation changes people’s brains,” said Wells, an assistant professor of neurology at Wake Forest Baptist Medical Center. “And we’re just beginning to gain understanding of what those changes mean and how they might benefit the meditator.”

In the first study, her team found that just eight weeks of meditation significantly improved functional connectivity in the brain’s network that is active during introspective thought such as retrieving memories. They also observed trends of less atrophy in the hippocampus.

Fadel Zeiden is exploring the specific brain mechanisms that influence meditation’s ability to reduce perceptions of pain and the experience of anxiety.

In Zeidan’s pain study, participants were asked to grade the pain caused by a device that heated a small area of their skin to 120 degrees. Participants who rated the pain they felt while they meditated reported the pain as 40 percent less intense and 57 percent less unpleasant than when they simply rested with their eyes closed.

The brain imaging performed during this experiment showed decreased neural activity in the area of the brain involved in feeling the location and intensity of pain and increased activity in brain regions associated with attention and the ability to regulate emotions.

In Zeiden’s anxiety-related research, the subjects reported decreases in everyday anxiety by as much as 39 percent after practicing meditation. The scans of their brains while meditating showed increased activity in areas of the cortex associated with regulating thinking, emotions, and worrying. In a press release Zeiden said,

In these studies, we’ve been able to get a better sense of the brain regions associated with reducing pain and anxiety during meditation. Basically, by having people meditate while their brains are being scanned we’ve been able to objectively verify what people like Buddhist monks have been reporting about meditation for thousands of years.

“Our research shows that meditation produces robust effects in behavior and in the brain and may provide an effective way for people to substantially reduce their pain,” Zeidan concluded. Adding, “What we have to do now is continue to find out exactly how it works and what it involves.”

Hopefully, having five different techniques for clearing your mind will come in handy. The next time you need to voluntarily clear your mind of unwanted thoughts, take inventory of the specific circumstances and try one of these techniques.

If for some reason the first method doesn’t work, try the next. As an athlete, these “5 Neuroscience Based Ways to Clear Your Mind” have worked for me, and I hope they work for you, too!